In a dialogue, how can I hint that the characters aren't telling the whole truth?

In one scene, I have a conversation between three characters: A, B and C. A's son and B are involved in something illegal. C isn't aware, and since A and B aren't entirely sure she can be trusted, they'd like to keep it that way.

The scene is being described from C's PoV (3rd person). C is not used to being deceived, so she won't be suspicious right away.

How can I hint to the reader that A and B are uncomfortable with C's presence and are leaving out information, without C noticing (until later)?

(So far, the best I've been able to do is have B stop himself in mid-sentence: "I don't know. D didn't- I haven't seen him since last week." But on its own, it's not strong enough.)

Evil Sparrow‭
755 rep. 18 33 100 11
Permalink History
Why does this post require moderator attention?
You might want to add some details to your flag.
Why should this post be closed?

C can think something seems off about the behavior or way the A and B talk. — Edgy Weeb‭ about 1 year ago

You do not mention whether you're telling your story in first person or third, and if in third person - limited or omniscient. In third, your task is easier, since you have the narrator to mention things that C might be missing.

I do not mean the narrator hanging a lampshade: "C didn't notice how A was gesturing to B behind C's back". That would usually be too much. But the narrator can well mention A and B exchanging glances, fidgeting, considering their words (this last one is better suited for an omniscient narrator since that's an intrusion into A and B's heads). You'd be using the characters' body language to convey their dishonesty. It's not what they're saying, but how they're saying it.

If you're telling the story in first person, letting the reader know something the character doesn't might be counter-productive. Telling a story in first person serves to bring us very close to the character's experience. By letting us know something the character doesn't, you're creating distance. In this situation I think I would let character C notice A and B are uncomfortable for some reason - this could come from how they act and how they interact. But I would give some alternative explanation, some distraction, as to why they might be uncomfortable. Then, when the true reason is uncovered, everything will fall into place.

What A and B are saying can also be vague and circumspect, but there's a problem there: if they're saying nothing, their words are just noise, you're boring the reader. They need to be saying something. It's just that they're not saying all. So what are saying needs to be sufficiently interesting, needs to propel the story forwards.

(I'll try to come up with examples later.)

Galastel‭
1865 rep. 81 551 317 3
Permalink History
Why does this post require moderator attention?
You might want to add some details to your flag.

The way you've set it up, with C being a trusting character, if you want the Reader to know something is up, you find a sweet spot of them saying something that most Readers would get, but C does not.

I'd suggest code talking. That is taken to comical effect in gangster movies, but code talking is actually a real thing in criminal groups; they intentionally talk about something innocuous that has a secret meaning between them.

In your case, maybe like this, as they are breaking up.

Aaron said, "So that mission we were talking about, I can tell Dave you're on board?"
Bob shrugged and said, "Yeah, I don't think we've got a choice."
Cindy frowned at them. "What mission are you talking about?"
Aaron laughed. "Gotta kill an evil Wizard! It's an online fantasy game we started playing."
Cindy looked sceptical. "You are playing an online game?"
Aaron said, "Ah, my son got me into it. Something to do together, you know?"
Cindy said, "In lieu of talking?"
Aaron nodded. "Exactly. You're full of insight into the male condition."

Amadeus‭
3156 rep. 2 1399 613 37
Permalink History
Why does this post require moderator attention?
You might want to add some details to your flag.

There's a nice technique for this: have the character notice something is off, then either have them dismiss it with an unconvincing explanation, or distract them. This can be combined very well with Amadeus' answer for code speaking, either by having the character notice something off about the code or by introducing the code talk afterwards, when the reader is already alerted.

"Nice new wheels, by the way," C said. "You finally saved up enough to replace that old junker, huh?"

Knowing how much A loved to talk about cars, she'd meant it as an easy conversation starter. But there was a strange silence as A and B shot each other an indecipherable look.

"Yeah," A finally said. "The money just added up eventually, you know how it is. So what have you been up to, anyway?"

Inwardly, C frowned at the abrupt change of subject. Knowing A, she'd expected him to jump straight into a monologue about the exact specs of the new car she'd seen outside and where he'd gotten it. This wasn't typical. Was he not telling her something?

Or perhaps her imagination was running wild. These were her oldest friends! If something was going in their lives, they'd let her know. There was no need to start fantasizing just because A didn't feel like talking today.

And since he didn't feel like talking, it was her turn to fill the conversational gaps. Better hop to it.

"Oh, you wouldn't believe what happened to me at the office the other day..."

The reason this works is that your character isn't aware they're in a story, and so "I must have imagined it", "he doesn't feel like talking", "coincidence" and the like seem like perfectly reasonable explanations. The real world is messy that way! Your readers, however, are aware they're reading a narrative, and that there's no way you'd draw attention to something like this if there wasn't something more to it. Nor do your readers have years of trusting and loving characters A and B - to the contrary, they're primed to expect conflict, and a sentence like "If something was going on in their lives, they'd let her know" is just begging for dramatic irony. So you've effectively let them know "hey, something is off here" while sliding it past the POV character.

(Incidentally, having the POV character dismiss something like this with a convincing explanation is a good way to foreshadow a plot twist you don't want caught on the first read-through... but that's another answer to another question.)

If you really want to make sure nobody misses it, have the POV character mentally return to the scene later and dismiss it again. An extreme example:

C left the house with a spring in her step. With everything that had been going on lately, it had been so nice to spend an afternoon just catching up with A and B - they'd have to do it more often.

There had been the odd moment earlier, though. It had almost seemed as if they were hiding something from her...

This is the equivalent of waving a bright red flag at your readers going "it's not just her imagination!" Note however that this forces you to make the payoff bigger (more on that below).

Inwardly, C frowned at the abrupt change of subject. Knowing A, she'd expected him to jump straight into a monologue about the exact specs of the new car she'd seen outside and where he'd gotten it. This wasn't typical. Was he not telling her something?

A crash interrupted her train of thought. B had started fiddling with his cup while she was distracted, and now it had slipped out of his hands to smash on the floor. Hot coffee was everywhere.

Overall less versatile than the above, IMO, and can come off as unbelievable if you don't do it right or do it too often. It can make a nice change, though. It helps if you show your character similarly losing their train of thought in other situations - in my writing, I use this most often with a character who's generally very distractable and forgetful.

Also, depending on how big the distraction is and how long it takes to resolve, you may also make some of your readers forget what was going on.

This technique is basically a Chekhov's gun: you're showing it to the reader, and now they'll expect it to go off. The bigger a deal you make of it, the bigger the resulting payoff needs to be. For instance, the extreme example I showed above - where the character repeats the notice/dismiss cycle right before a chapter break - basically forces A and B's criminal endeavours to be a significant plot point and for an eventual dramatic reveal to C in order for it not to come off as overhyped or anticlimatic.

Unlike Galastel, I think this technique can be used to great effect in both first person and third limited. Having your readers know more than your POV character can be an excellent source of ongoing tension ("when will C finally realise that A and B are up to no good?!"), give rise to entire arcs (imagine C being increasingly torn between her trust in her friends and what her observational skills are telling her), and allow for some nail-biting suspense scenes if you put your character into danger that the readers are aware of but they are not. You do have to be a little careful if you're using it repeatedly to make sure your characters don't come off as unrealistically naive or unobservant, but you can work around that.

Tau‭
25 rep. 0 2 5 1
Permalink History
Why does this post require moderator attention?
You might want to add some details to your flag.

The way you do this effectively is through dramatic irony, which is where the reader knows something that the protagonist does not know. There is a fantastic scene in Upstairs Downstairs where one of the characters is seeing another off on an ocean voyage and they are all happy and full of plans and triumphant optimism and as the scene proceeds, the camera slowly zooms out and you see the name of the ship: "Titanic". That's dramatic irony. I don't remember which characters it was or what they were happy about but more than 30 years later I still remember that zoom shot.

In the case of a conversation like this, the way you use dramatic irony is you make sure that the reader is already aware of whatever it is C does not know before the conversation begins. Then the reader perceives at once that C does not know the secret and that A and B are deliberately avoiding mentioning it. The scene itself requires no special technique. It is all about how you set it up.

This should be taken as a general rule. To create an effect in a scene, set it up earlier. Don't try to do it by manipulating the way you tell the scene itself. That kind of thing almost always sounds contrived and takes the reader out of the scene. The craft is in the storytelling, not the prose.

Mark Baker‭
3831 rep. 12 1094 690 54
Permalink History
Why does this post require moderator attention?
You might want to add some details to your flag. 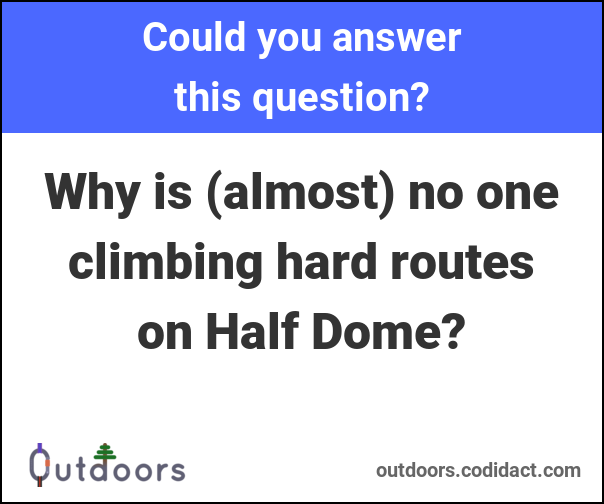